You are here: Home / News / Why Do We Need a New Translation? 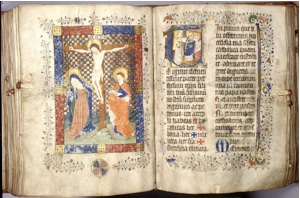 The most common questions asked regarding the new translation of the Roman Missal, is “Why do we need a new translation?” and “What is wrong with what we have?”

Translation is an art and science. Open a dictionary and see the many meanings a single word. Translation is not simply entering a word and receiving its exact equivalent in another language. Language is rooted in culture and experience consequently; the context in which a word is expressed informs its meaning.

For centuries leading up to the Second Vatican Council, the Liturgy of the Roman Catholic Church was printed and prayed only in Latin. The Council called for a vernacular translation as expediently as possible to allow the faithful to enter more fully and fruitfully into the mystery of God’s love and grace made present and offered through the Liturgy.

The Church employed a “dynamic equivalence” which attempts to convey the meaning of the Latin without following a word-for-word approach. Occasionally, ideas not in the original Latin were added to the English. The translators also felt simplicity would be more comprehensible so many of the superlatives, adjectives and repetitions were eliminated. The Latin of the Roman Missal is poetic, lyrical, melodic, rich in theological meaning, and rooted in history, which the translation failed to capture. This resulted in a translation that has served the English-speaking world well but is often more of a paraphrase.

In hindsight, the Church found this approach has been unable to capture the power and beauty of the original text. Nonetheless, because of the prominence of English throughout the World, many regions looked to the English translation when making their own translation. A translation of a paraphrase has posed additional concerns.

In the year 2000, Pope John Paul II issued the Third edition of the Roman Missal, which included Mass prayers for the new Saints canonized in the previous decades, including St. Rita of Casia; St. Theresa Benedicta of the Cross (Edith Stein); St. Pio of Pietrelcina (Padre Pio); Sts. Andrew Dũng-Lạc; and St. Catherine of Alexandria, among others. Other updates included needs based on other rites. For example, the current Missal does not account for the rites of the RCIA completely.

Armed with the experience of several decades of translation experience and greater awareness of the liturgical and Scriptural roots of the Missal texts and facing the need to make a new translation of the 2000 Roman Missal, a new instruction on liturgical translation was issued in 2001 (Liturgiam Authenticam) which called for a different approach termed “formal equivalence.” While not being slavishly literal, each word and phrase in the original Latin is to be accounted for.

The result is a translation that brings out more clearly the Scriptural and Patristic allusions. The bulk of future articles will highlight examples of this. The new translation builds upon, corrects and improves the existing texts thus handing on more fruitfully the faith of the Church expressed in the liturgy. What we are currently using is good but we have learned that it can be better. We always strive to offer God our best in the liturgy.