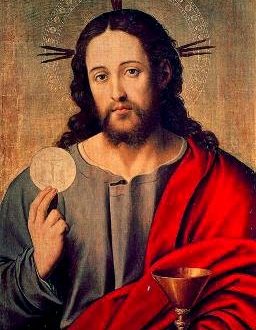 The celebration of the Holy Mass is the greatest act of worship and reverence that the Church offers to Almighty God. Within the Roman Catholic Church there are several rites of worship, all derived from certain liturgical traditions cultivated among the worshipping communities in various geographical centers of Christian life around the word and down through the centuries. Within the Latin Rite of the Catholic Church, there are two forms of celebrating the Holy Mass: the Ordinary form and the Extraordinary form. The manner in which the regular weekend Masses are celebrated at St. Theresa is the Ordinary Form of the Mass. The manner in which the Mass is celebrated in our parish chapel every Friday at 5:30pm is the Extraordinary Form, more commonly known as the Traditional Latin Mass. Contrary to popular misconception the Traditional Latin Mass was never “abolished,” and since 2007 the Holy See has permitted priests to publicly celebrate the Traditional Latin Mass without special permission from the local ordinary.

The celebrations of the Ordinary and Extraordinary forms of the Mass are governed by liturgical rubrics, little red-colored instructions in the Missal which direct the words, actions, and postures of the priest, other clergy, and the lay faithful during the Mass. The celebration of the Ordinary form of the Mass (again, the manner in which we celebrate our regular weekend Masses at St. Theresa) is further governed by the General Instruction of the Roman Missal, a legislative document which directs the liturgical actions of the priest and the people alike. As for the manner of receiving Holy Communion in the Ordinary form of the Mass, the General Instruction of the Roman Missal, no. 161, states: “The priest raises the host slightly and shows it to each [communicant], saying, ‘The Body of Christ.’ The communicant replies, ‘Amen,’ and receives the Sacrament either on the tongue or, where this is allowed, in the hand, the choice lying with the communicant. As soon as the communicant receives the host, he or she consumes the whole of it” (emphasis mine).

The words and gestures prescribed for the celebration of the Holy Mass combine to form a sacred action. All the liturgical rubrics in the official books of the Church’s liturgy are important for rendering due worship to Almighty God. The rubrics are so valuable that we might think of them as “little rubies,” precious gems to be treasured as a means of offering divine worship with attention, reverence, and devotion. The priest and the people—together—should take great care to act in the liturgy according to the rubrics proper to each.